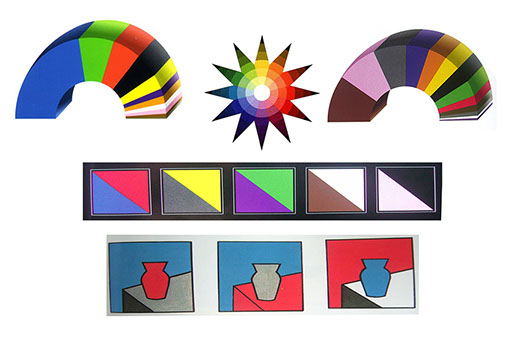 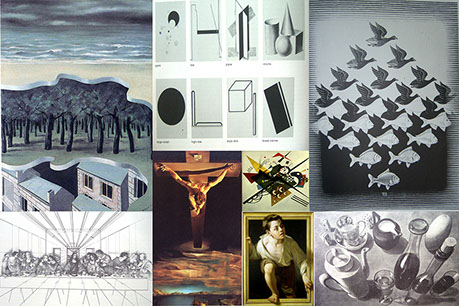 There are so many ways to be human. How we decorate our bodies tells others who we are as individuals. Around the world, many people use their skin as living canvas, representing past experiences, bravery, status, beauty, protection, fertility, magic, transformations and connections with other realms. These incredible kinds of expression, performance and belonging exist in two parallel worlds, one of old rituals and traditions that distinguish us as human, and the other of body art as a contemporary art form.

“A man without tattoos is invisible to the gods,” says an Iban proverb from Borneo.

Body painting, or sometimes bodypainting, is a form of body art. Body art is art made on, with, or consisting of, the human body:

Unlike tattoo and other forms of permanent body art, body painting is temporary, painted onto the human skin, and lasts for one day, or at most (in the case of Mehndi, "henna" or temp tattoo, glitter tattoos) a couple of weeks. Body painting that is limited to the face is known as face painting.

Body art is also a sub-category of performance art, in which artists use or abuse their own body to make their particular statements.

Bella Volen has separated the visual development of Body Art and Body Painting in 3 parts.

Every major society, past or present, has or had it’s own body art culture.

Rituals are a universal constant in human society. Beginning with the start of human cultural development, rituals have continued to have space in society, even in the modern world.

There is no shortage of research on rituals, and theories regarding their nature.

In all cultures, rituals coincide with large turning points of life in regard to the individual (birth, puberty, marriage, death).

Body painting with clay and other natural pigments existed in most if not all tribal cultures. Often worn during ceremonies, this ancient form of expression is still used among many indigenous people of the world today. (Australia, New Zealand, the Pacific islands, parts of Africa, India, Japan and more.)

All types of body art hold great meaning in these cultures.

Body art is a crucial part of social, spiritual, and personal expression.

Your origin, your position, symbol of power, what you have reached and experienced, it can be like an ID card (Maori and Polynesia), it protects from evil forces, it shows bravery and beauty, can be an act of transformation, mourning, connecting with the spirits of animals or the earth, symbol of fertility. In the last 100 years in some countries like Japan it has been also connected with the mafia and crime.

Some rituals are connected with personal preparation: a period of silence, no sexual activities, isolation, some tribes also have to fast.

Big changes are coming in times of crisis.

In the time around 1960, artists are searching of new ways of expression, new forms of painting, provoking and shocking. They need attention and have a massage!

The term Viennese Actionism describes a short and violent movement in 20th century art that can be regarded as part of the many independent efforts of the 1960s to develop "action art" (Fluxus, Happening, Performance, Body Art, etc.). Its main participants were Günter Brus, Otto Mühl, Hermann Nitsch and Rudolf Schwarzkogler. As "actionists", they were active between 1960 and 1971. Most have continued their artistic work independently from the early 1970s onwards.

In my Body Art History Workshops I show a lot of their videos!

Many images and videos from some special unknown and famous artists and projects.