Paintloon is painting on a balloon. It can be a combination of fine art, body painting, fashion, and balloon sculpting. With latex modeling balloons details, objects, accessories complete costumes are made, which creates an extension for the body paint or fine artist to paint on, allowing the ability to merge the body or composition fully with any additional parts into one design.

Created as a side event at the Covid Edition of the World Bodypainting Festival in Klagenfurt, Austria.

Oneness, connection, being consciously a part of nature, being connected to everything... a normal condition to all so-called primitive tribes. Their only goal is to live in harmony with nature and within the tribe. Every initiation is an act of transmutation. It creates a deep connection with the world beyond, with the spirits, with the ancestors. Initiation rituals create a portal in time and space connecting past, present, and future, planting a powerful seed. The transformed person is, as a result, a stronger, better member of the tribe, having new forces to support the future of its community. It is all about being connected.

The wood wide web, the forest’s underground ecosystem, is used to share water, carbon, nitrogen, information, and other nutrients and minerals. With one word-they are CONNECTED.

I believe humanity has also its natural, ancient, invisible connections, we often forget about.

We live in times full of strange values, disbalance with the Earth, people being captivated by ideas to possess, a determination to rule, to spend, to ignore what is within. No material goods or substances can ever replace the emptiness within.

If the most common health problem around the world is depression, then we can be sure there is a lack of connection, integration, respect, balance, and love. Most modern world health problems are the so-called “diseases of civilization”, they are unknown in the tribal world.

It is not about what we have, what we have built up, how much we have developed ourselves, but much more about our willingness to share something, to have an impact, to be gardeners, planting seeds, taking care of them, and establishing connections. To be a supportive member of the global, consciously living tribe, building a balanced temple of humanity. 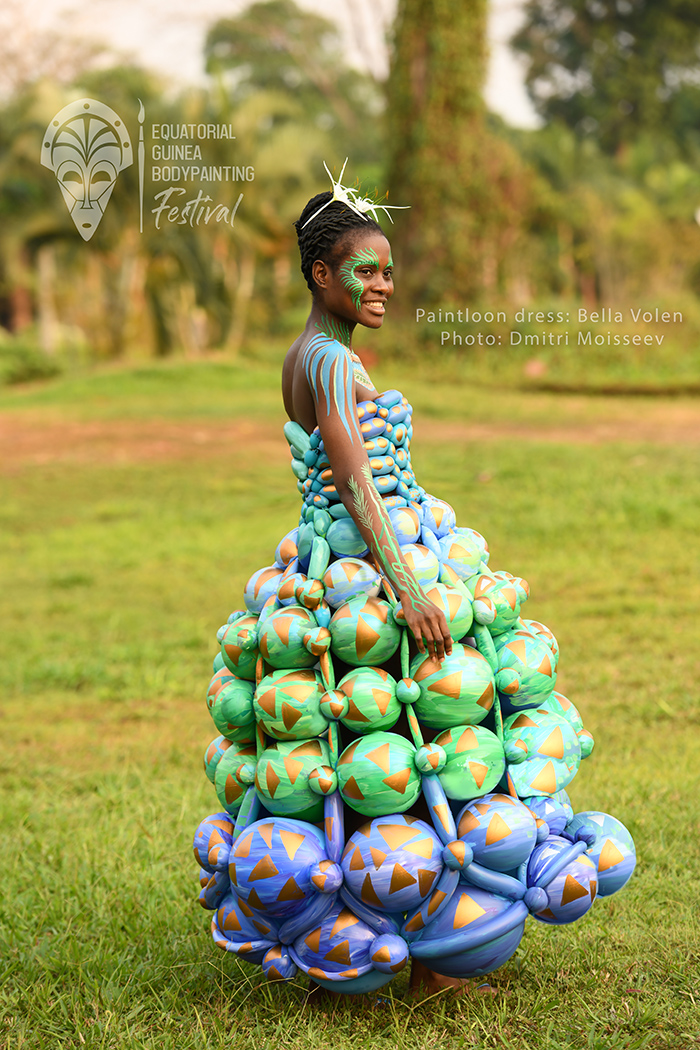 The Peculiar Garden was created as commission work, and It took place in a shopping mall. The idea was to bring something beautiful, and colorful to adults, and children, who probably don't have any contact with art. For me, art is a bridge, which connects people and cultures.

Nature is our most important treasure.

It is the place, where the time stops, and the heartbeat calms down from the stress of the modern world. Nature has also a restoration effect on humans, it is very deeply connected with each one of us.

Several scientists have posited that the deep affiliations humans have with nature are rooted in our biology. Biologist E.O. Wilson wrote a great deal about the concept of biophilia, which he described as "the connections that human beings subconsciously seek with the rest of life.” Taking an evolutionary perspective, he reasoned that our affinities for nature have been influenced by adaptations needed for survival in hunter/gatherer and agrarian societies.

From the beginning of human history, nature has played a vital role in our creative expression. Nature’s beauty and power is ingrained in our lives, our history and our culture. The beauty of nature reflected in art is just another reminder of our need to protect it.

The famous Fibonacci sequence has captivated mathematicians, artists, designers, and scientists for centuries. Also known as the Golden Ratio, its ubiquity and astounding functionality in nature suggest its importance as a fundamental characteristic of the Universe. We find it everywhere, in a flower, seeds, shells, not surprisingly, spiral galaxies also follow the Fibonacci pattern. We don’t know why, but everything in nature, including humans too, is based on the same structure.

This Paintloon collection is based on nature and different patterns, a dreamy, surreal version of a garden, placed in a modern environment. Balloon art is like a beautiful ritual, which exists only for a short time. This is the beauty of it. It is like the life moments when we realize what is happening, the moment is gone, but the memory stays. The only constant element in our world is changing.

The child in each one of us, in our hearts and minds, is always dreaming of exploring new, and secret places, hidden worlds and parallel realms, where magical creatures exist and everything is beautiful. This is a project to inspire and bring colorful joy for children and adults.

Thi Paintloon is combined with LED light in the balloon costume, but it could be also painted with UV active paint and glow under UV light.

This unique and new art form is offered only by Bella. Combined with a professional dancer and perfect sound, this creation brings a magical effect to every event. & video by Bella Volen

The video of this work was filmed and edited by the wonderful NINC! www.ninc.at

A mix of different paintloon works